Gro Birgit Ween is Associate Professor at the Section of Enthnography at the Museum of Cultural History in Oslo. She has worked with Aboriginal people in Australia, with Southern and Northern Sami people in Norway as well as Yupik people in Alaska. Her fieldwork concerns classic themes associated with indigenous peoples such as land rights, political processes, natural resource management, cultural heritage, world heritage and self-determination. Her approach to these themes often concern how history, land, environment and identity are enacted. As a researcher, she is interested in connections between intervening nature knowledges, such as those occurring between indigenous peoples, managers and scientists. Her projects are influenced by the postcolonial, both in choices of methodological approaches, but also with regard to an ambition to contribute with new stories into an existing anthropological field. 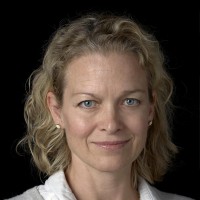